With projected food shortages now is the time to plant Chaya Tree Spinach and other edible perennials.


Chaya Tree Spinach (Cnidiscolus chayamansa) is a fantastic and abundant food. Chaya leaves do need some cooking preparation as do Cassava leaves and Warrigal Greens. Wikipedia states up to 5 raw leaves a day can be eaten but other sources are more cautious. Although blending and drying also seems to remove the toxic hydrocyanic acid substances, boiling for 20 minutes is recommended. The leaves survive the boiling still looking green and attractive. The broth that is left can also be consumed as the toxic substances have been destroyed by the heat.

Cooking in aluminum cookware can result in a toxic broth, causing diarrhea.[13]


You are left with tasty green leaves to use as a spinach or chard substitute or to be used in a salad and smoothies.


"Chaya is a good source of protein, vitamins, calcium, and iron; and is also a rich source of antioxidants.[10]" Wikipedia


The plant does burn off a little from cold but seems to survive well in a microclimate in our warm temperate-subtropical climate. There are reports that Chaya will regrow from the root after Florida's frosts. In colder climates try growing in a greenhouse.


Leafless stem cuttings are best left to dry and callus before potting up. Keep the cutting reasonably dry to avoid rotting.

The Chaya Spinach Tree (a large bush) fits well into a vegetable patch. It takes up a small ground footprint and provides some shade to other vegetables). We can reach the leaves from our deck or cut a branch that will later become a cutting.


Chaya can be used as a chard substitute in many recipes but here is a link to some Chaya recipes: Cooking subtropical vegetables

Related: Other Food Forest recipes
Posted by Jack at 08:58 No comments:

Our generous neighbour has grown these peaches for many years and gave us the seed. The best thing about this peach is that it is adapted to this local area. 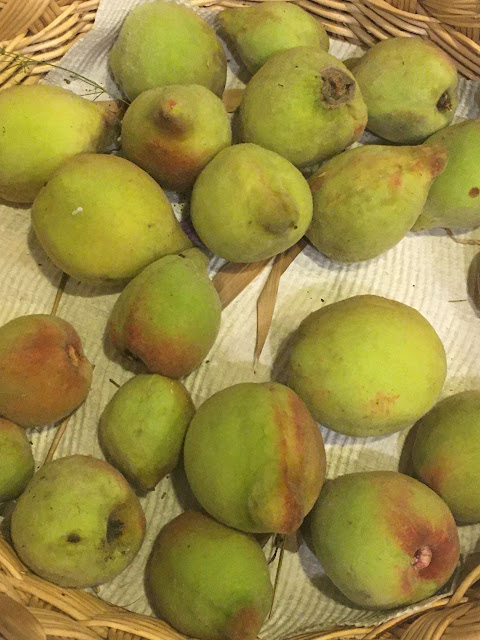 It is best picked firm and green and ripens to a soft eating stage whilst still appearing green. 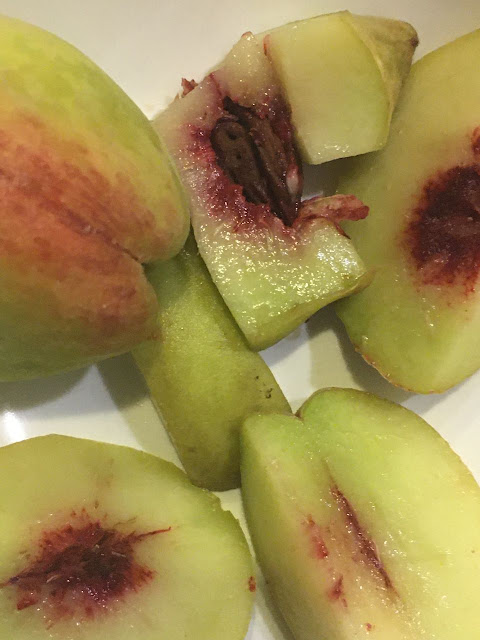 It tastes as delicious as any white peach. In this dry period the plants have successfully held their fruit. 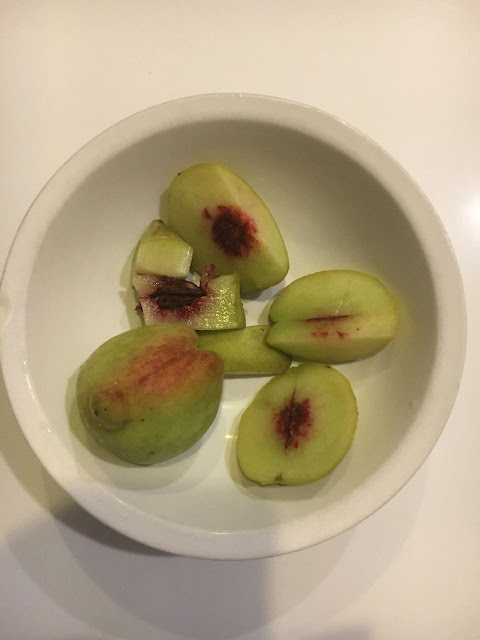 Fruiting and flowering in late December

or Pitanga or Surinam Cherry

Forest Garden With 500 Edible Plants Requires Only a Few Hours of Work Per Month: EIC

An example of a cold climate food forest and the rationale behind developing a food forest.

"Mother Nature has been growing plants for 460 million years and trees for 370 million years. According to fossil records, humans appeared in Africa around 195 thousand years ago and thrived on nature’s bounty. Fast forward to the early 1900s, which saw the beginning of a new era of growing food crops, monoculture, or single crop farming.

Instead of rotating crops to restore nutrients to the soil it gets depleted. Modern man’s solution was to use chemicals and fertilizer, wiping out natural habitats in the process. Nature was doing rather well and our ancestors followed her example before the single crop idea took hold and thankfully, many people have since realized that working with nature one can create forest gardens for food that are designed to mimic natural ecosystems and restore our soil.


Martin Crawford, a forest gardening pioneer, based in the UK, explains in a short film by Thomas Regnault, “What we think of as normal, in terms of food production is actually not normal at all. Annual plants are very rare in nature, yet most of our agricultural fields are filled with annual plants. It’s not normal. What’s normal is a more forested or semi-forested system.”

Forest gardens mimic natural ecosystems by using perennial plants and trees, which live for a long time and/or reseed themselves. The garden would have various vertical levels of growth such as tall canopy trees, shorter trees, shrubs and bushes, vines, consists of various vertical levels of growth, from canopy trees to shorter trees, to shrubs and bushes, vines, herbs, ground cover and roots. The levels work together, offering shade, wind protection, support and nutrition. Starting a forest garden from scratch will take time, work and money but once done, it will basically take care of itself for years with very little maintenance but plenty to harvest. Crawford explains, “With such a diverse system, whatever happens with the weather, most of your crops will probably do fine. Some may fail, some may do better. That’s very important going into the future. Because we don’t know exactly what’s going to happen to our weather. So by having a diverse system, it gives you maximum resilience.” 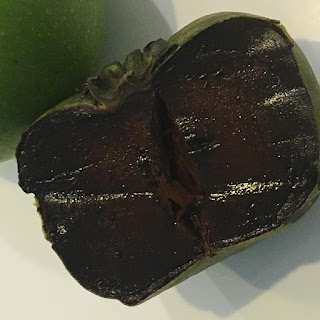 These have to be our best quality Black Sapote. Juicy and seedless. Yum. 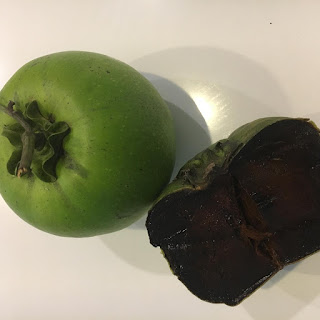 Here is a delicious recipe for a Chocolate Sapote Mousse and more plus more information from Suwannerose.

Mid or late Spring, in this Coffs Coast, NSW, subtropical climate zone, and we there is an abundance of flowers and fruit. 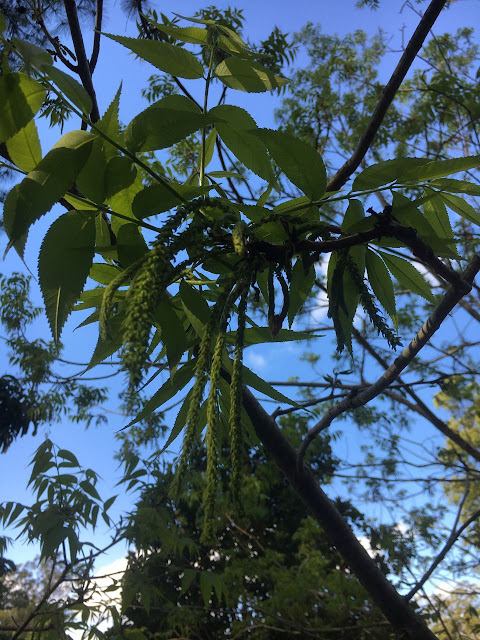 Search this blog. It's a useful means of finding all the posts that contain a word.

These have to be our best quality Black Sapote. Juicy and seedless. Yum. Here is a delicious recipe for a Chocolate Sapote Mousse...